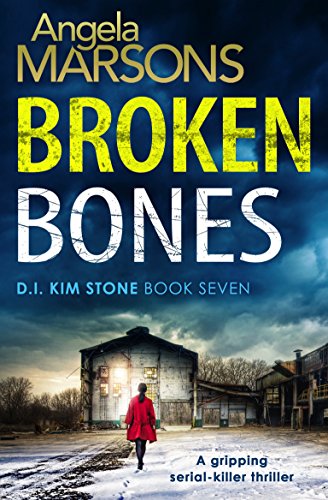 They thought they were safe. They were wrong.

The murder of a young prostitute and a baby found abandoned on the same winter night signals the start of a disturbing investigation for Detective Kim Stone – one which brings her face to face with someone from her own horrific childhood.

As more sex workers are murdered in quick succession, each death more violent than the last, Kim and her team realise that the initial killing was no one-off frenzied attack, but a twisted serial killer preying on the vulnerable.

At the same time, the search begins for the desperate woman who left her newborn baby at the station – but what looks like a tragic abandonment turns even more sinister when a case of modern slavery is uncovered.

The two investigations bring the team into a terrifying world of human exploitation and cruelty – and a showdown that puts Kim’s life at risk as shocking secrets from her own past come to light.

A gripping new crime thriller from the Number One bestseller – you will be hooked until the final jaw-dropping twist.

It’s hard to believe that we are on book number seven in the Kim Stone series, where has the time gone?

Angela Marsons once again continues to prove that she is one of the best crime writers in the business. At the end of each book in the series, I’m always left hungry for more.

In the run-up to Christmas, Kim and her team are left bewildered when a baby is left on the doorstep of the police station. An investigation ensues to track down the baby’s mother, but this quickly becomes complicated. Meanwhile, Kim and Bryant are called away from the investigation when the body of a young prostitute is discovered. But as their investigation progresses, more dead bodies begin to turn up. Kim and her team realise that this is the work of a twisted individual.

Angela Marsons grabbed my attention from the start with Broken Bones. This has been the same with all of her books. She opens the novel with a tense, startling prologue which sets the tone for the rest of the book.

In the latest instalment, Angela explores the dark side of humanity as she takes the reader into the terrifying world of prostitution and human trafficking. What I really like about Angela’s writing is her ability to make each theme feel fresh. Some of Angela’s themes have been explored before in crime fiction, but Angela has always had the skill to write about them in a new way.

As the reader, she really made me care for the victims in the book, and that’s what I’m always looking for when I read a book. I want to be able to discuss it with a friend and persuade them to read it as well. This is where Angela always succeeds.

So if you haven’t discovered the Kim Stone series yet, firstly, where have you been? But secondly, I implore you to read them all. In each book Angela gives us something new, and she will always leave you wanting more. I for one can’t wait to read her next book.