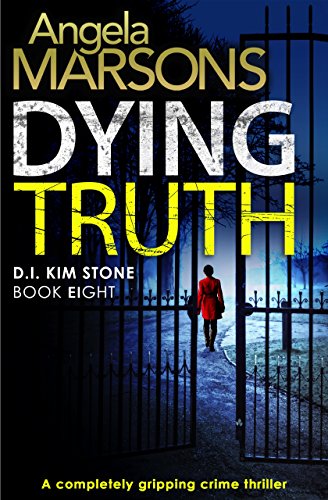 How far would you go to protect your darkest secrets?

When teenager Sadie Winter jumps from the roof of her school, her death is ruled as suicide – a final devastating act from a troubled girl. But then the broken body of a young boy is discovered at the same school and it’s clear to Detective Kim Stone that these deaths are not tragic accidents.

As Kim and her team begin to unravel a dark web of secrets, one of the teachers could hold the key to the truth. Yet just as she is about to break her silence, she is found dead.

With more children’s lives at risk, Kim has to consider the unthinkable – whether a fellow pupil could be responsible for the murders. Investigating the psychology of children that kill brings the detective into contact with her former adversary, Dr Alex Thorne – the sociopath who has made it her life’s work to destroy Kim.

Desperate to catch the killer, Kim finds a link between the recent murders and an initiation prank that happened at the school decades earlier. But saving these innocent lives comes at a cost – and one of Kim’s own might pay the ultimate price.

The utterly addictive new crime thriller from the Number One bestselling author – you will be gripped until the final shocking twist.

This is one of the hardest reviews that I have had to write recently. Not because I didn’t enjoy the book, far from it, but I was just left in awe of Angela Marson’s talent. After finishing the latest book in the Kim Stone series, I felt that whatever I wrote couldn’t do the book justice. Prepare yourselves fellow readers; if you’re a fan of these books, this is going to be a tough read, it will leave you reeling.

Kim Stone is responding to a call after reports that a young girl is on the roof of a school nearby threatening to jump. But by the time Kim arrives at the scene to try and take control of the situation and save the young girl’s life, the girl is already dead. As Kim tries to work out the facts, she comes to the startling conclusion that the girl may have been murdered. But she has to fight to be granted permission to investigate the case as the force is keen to brush it under the carpet as a tragic suicide. As Kim’s investigation into the young girl’s death deepens, she uncovers evidence that it may be linked to exclusive clubs within the school. As the body count rises and other student’s lives are put at risk, she makes it her mission to stamp out whatever it is that is going on.

One character who I think particularly shone in this book was Kev Dawson. We learn a lot more about Dawson’s history in this book and as the team continues to investigate what is going on at the school, a bond forms between him and a student there, Geoffrey. Geoffrey reminds Dawson very much of how he was when he was Geoffrey’s age. Dawson’s character development in this book was one of the most interesting aspects to explore, and it was something that I wasn’t expecting from him.

Whenever I read a new Angela Marson’s book, it always reminds me how much I love Kim Stone as a character. She is a detective who will root for you no matter your background. This is portrayed early on in the book when there is little determination from her team to investigate the death of the young girl, but Kim is determined to fight her corner, and she is quick to remind her team of their duties.

This is another excellent addition to this series. It is a tense read that will keep you guessing, and it will keep your eyes glued to the page. Dying Truth is another top read from Angela Marsons.

Thank you to Bookouture and Netgalley for the advance reading copy and to Kim Nash for inviting me to take part in the blog tour.