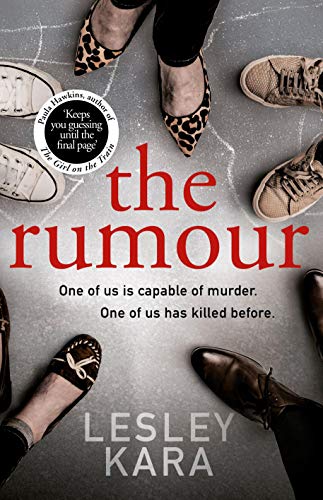 When single mum Joanna hears a rumour at the school gates, she never intends to pass it on. But one casual comment leads to another and now there’s no going back . . .

Rumour has it that a notorious child killer is living under a new identity, in their sleepy little town of Flinstead-on-Sea.

Sally McGowan was just ten years old when she stabbed little Robbie Harris to death forty-eight years ago – no photos of her exist since her release as a young woman.

So who is the supposedly reformed killer who now lives among them? How dangerous can one rumour become? And how far will Joanna go to protect her loved ones from harm, when she realizes what it is she’s unleashed?

Did you ever start Chinese whispers around the school playground? Did that rumour, just grow bigger and bigger as the next person passed it on, twisting and changing it? In Lesley Kara’s The Rumour single mum, Joanna, hears just one whisper that a convicted child killer, Sally McGowan, is now living, with a new identity in their hometown of Flinstead, thirty years after the terrible crime was committed when she was ten. And what starts as one passing comment soon spreads into a rising sense of worry and panic as Joanna and other people try to find out who the person could be. Could it potentially be someone they all know?

Lesley Kara has created a suspense filled read in her debut novel. I think I had suspicions of just about every character in this book, and just when I thought I’d nailed the person down, who I thought was this killer, Lesley threw in a brilliant twist that completely blew my mind. I had a lot of fun trying to work out who the killer could be and top marks to Lesley Kara for thwarting me at the end.

What this book really shows us is how much of an effect one small rumour can have on a person’s life. It’s quite terrifying to think that anyone could be in this position, without any reason for it at all, but the more that gossip is spread, the more it seems to have a sound base in fact. You only have to look at how “Fake News” is spread across the Internet and how such stories can influence other people to see this.

Lesley Kara knows how to draw her readers into her story. As Joanna became more wrapped up in trying to work out who Sally McGowan was, I felt more and more uneasy that she was being pushed closer and closer to danger.

The Rumour is an absolutely gripping tale that examines the dangerous consequences gossip can have on a community and on the person who starts it. I’m looking forward to reading more from Lesley Kara in the future.  Thank you to Anne Cater at Random Things Tours for inviting me to take part in the blog tour and to the publisher for sending me a copy of the book to review.

If you would like to purchase The Rumour, you can do so by clicking on the following links below. 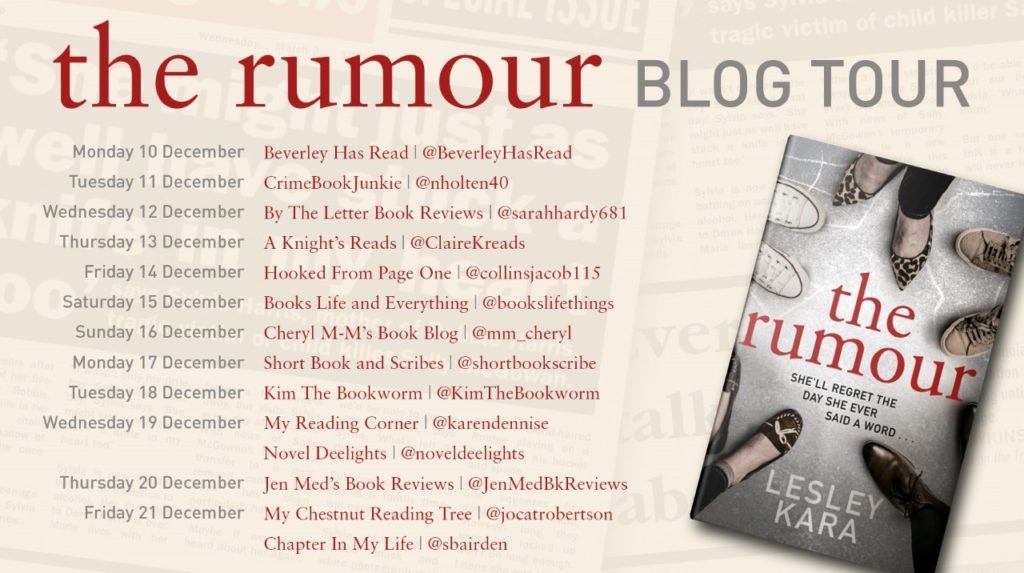