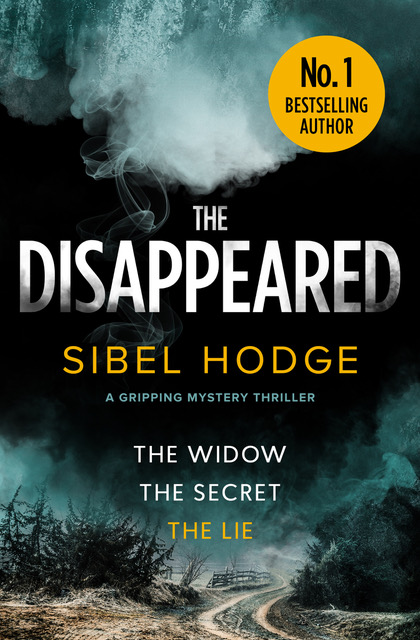 The Widow. The Secret. The Liar.

On a routine flight from Africa to England, Dr Mason Palmer is tragically killed when the light aircraft he’s travelling on crashes and disappears in dense bushland.

Ten months later, Nicole Palmer is still trying to block out the grief of her husband’s sudden death. Until one morning she receives a photo of Mason through the post, along with a cryptic message. A message only he could’ve written.

But when Nicole tries to find out if Mason is really alive and what actually happened to him in Africa, everyone she turns to for answers ends up dead.

Determined to find the truth, Nicole uncovers a conspiracy that spans the globe, and discovers there are powerful people who are prepared to kill to keep her silent.

The Disappeared is a tense roller-coaster of a read from Sibel Hodge. Right from its intriguing opening, I was captivated by Nicole and Mason’s story which is quite a powerful one, and it can also be quite eye-opening. This is a novel that will make you think about what is going on in the world at the moment, and it wouldn’t surprise me at all if events in this book were actually happening right now; it does make my blood boil to think that such crimes are being hushed up by corrupt governments across the globe.

In the opening pages, we meet Nicole who is grieving for her late husband Mason ten months after his plane went down, there were no recorded survivors. Nicole has never had closure, as the area in Africa where the plane crashed is in rebel territory making it too dangerous for government officials to go in and investigate and recover the bodies and the wreckage. Nicole fears that she will never be able to bury her husband and that his bones will remain lost in the African wilderness. But she is about to receive startling information that will change everything she thought she knew in a big way.

This is a story with plenty of intrigue and with some callous characters who you will be very happy to see taken down and destroyed. From the start, I had a lot of questions surrounding the mystery that Nicole has now found herself plunged into, what had really happened to her husband and what was he involved in? Like the police officers, I had more than one scenario playing around inside my mind. Nicole is a character who I became invested in, and I really wanted her to succeed in what she is trying to accomplish in this book.

This is quite an emotionally charged read, especially when you begin to learn the truth about what has been going on Mason’s world, prior to the events which are happening now. This plot is very hard to talk about without giving any of it away, so I’m not going to go into any further detail, but be prepared to be shocked and appalled by events which quickly unfold. I flew through The Disappeared as I wanted to see just how everything was going to come together in the end.

The Disappeared is a story about greed, corruption and lies which culminate in a painful truth. Sibel Hodge is a new author to me, and after reading this book, I will definitely be keeping an eye out for more novels by her. If you’re looking for a quick, action-packed read, with heroes who you can root for, then I would definitely recommend this book. Thank you to Emma Welton at Damppebbles blog tours for inviting me to take part in the tour and for providing me with a copy of the book to read.

If you would like to purchase The Disappeared you can do so by clicking on the following link below.