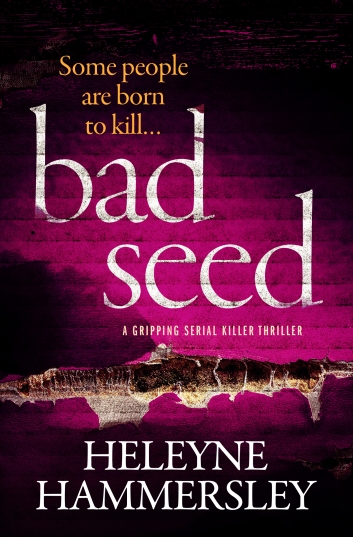 When the body of a woman is discovered near Doncaster’s red light district, DI Kate Fletcher is called to the scene.

The victim has an abdominal wound that looks like a Caesarean incision, leading the police to believe she may have been pregnant.

Kate’s team establish the woman’s identity but it soon becomes clear that those close to her have something to hide.

The post-mortem reveals the victim wasn’t pregnant and, when a second body is discovered with similar wounds, the police realise they are hunting for a serial killer with a sinister fixation.

Can Kate solve the case before another woman dies?

And can a ruthless, methodical killer be brought to justice?

Bad Seed opens up with a rather gruesome discovery that sets a dark tone. The body of a young woman is found, and it appears as though someone, the killer, has attempted to perform a Caesarean on her. DI Kate Fletcher and her team face a complex investigation, which isn’t helped when fractions soon start to appear in her team, especially when it turns out that one of them may be leaking information to the press. Kate has a tough case on her hands, and when the body of a second woman is found in similar circumstances, they know that there isn’t going to be a swift resolution.

Heleyne has given Kate a very complex investigation to tackle in the latest book in the DI Kate Fletcher series. From the very start, I just had this feeling that this wasn’t going to be easy for Kate and her team.

The police procedural aspect to this book is very well written, especially the detail that Heleyne puts into discoveries made during the post mortem, and this prompted me to think a lot about what was going on here. Why was someone targeting these women in this way? Parts of the book do make for an uncomfortable read, but this adds to the tension, and I was rooting for the police to catch the individual responsible. I could also feel the frustration that the police were feeling at the lack of leads they had to pursue. This is one of those crime novels where you just have to find out who the culprit is.

I also really liked that we got to learn more about Kate’s colleague, Dan Hollis. We learn a lot more about his upbringing and his family life in this book, and he too, makes some unnerving discoveries about his past which he is keen not to make common knowledge. I’m interested to see how this part of the story will develop in future books. This formed an intriguing back story; there were times when I just felt really sorry for Dan. Heleyne did have me wondering if what he was being told was actually true and as the story took another turn towards the end, I couldn’t help but feel the same as some of the police officers. But I’m not going to go into any detail here as to what I mean by that, you’ll have to read the book to find out.

Overall I thought Bad Seed was an enjoyable and an intriguing read. I think there were times when I would have liked for there to have been a little more tension, but I was kept interested in the plot, and I wanted to see how the story was going to unfold at the end. I definitely wouldn’t hesitate in recommending this series to fellow police procedural fans.

If you would like to purchase Bad Seed, you can do so by clicking on the following link below.