First Monday Crime is all set to return to City University next week on Monday, 3rd June 2019. One of the guests who will be appearing on next month’s panel is Tim Weaver who is the author of ten novels featuring private investigator, David Raker, who tracks down missing people. His latest novel is, No One Home and it has a very intriguing and scary premise. If you’re also interested in checking out his previous books, I’ve listed them below as well.

At Halloween, the residents of Black Gale gather for a dinner party. As the only nine people living there, they’ve become close friends as well as neighbours.

They eat, drink and laugh. They play games and take photographs. But those photographs will be the last record of any of them.

Because by the next morning, the whole village has vanished.

With no bodies, no evidence and no clues, the mystery of what happened at Black Gale remains unsolved two and a half years on. But then the families of the missing turn to investigator David Raker – and their obsession becomes his.

What secrets were the neighbours keeping from their families – and from each other?

Were they really everything they seemed to be?

And is Raker looking for nine missing people – or nine dead bodies? 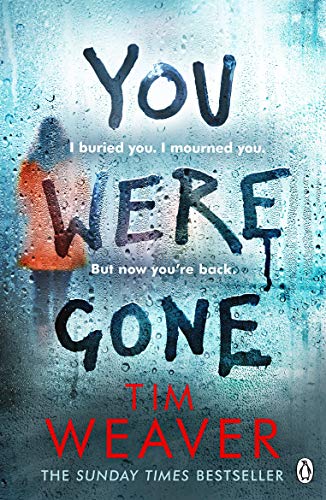 And alongside Tim Weaver, we have three other brilliant crime writers appearing, Angela Clarke author of On My Life, Doug Johnstone author of Breakers and Peter Harrington author of A Single Source. The panel will be moderated by Jake Kerridge.

Tickets are absolutely FREE and you can reserve your space by clicking on the link below. The nearest tube stations to City University are Farringdon and Angel. Books will be available to buy on the night, and the authors will be signing copies.