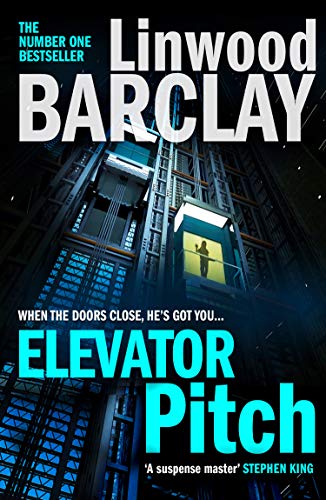 It all begins on a Monday, when four people board an elevator in a Manhattan office tower. Each presses a button for their floor, but the elevator proceeds, non-stop, to the top. Once there, it stops for a few seconds, and then plummets.

Right to the bottom of the shaft.

It appears to be a horrific, random tragedy. But then, on Tuesday, it happens again, in a different Manhattan skyscraper. And when Wednesday brings yet another high-rise catastrophe, one of the most vertical cities in the world – and the nation’s capital of media, finance, and entertainment – is plunged into chaos.

Clearly, this is anything but random. This is a cold, calculated bid to terrorize the city. And it’s working. Fearing for their lives, thousands of men and women working in offices across the city refuse leave their homes. Commerce has slowed to a trickle. Emergency calls to the top floors of apartment buildings go unanswered.

Who is behind this? What do these deadly acts of sabotage have to do with the fingerless body found on the High Line? Two seasoned New York detectives and a straight-shooting journalist must race against time to find the answers . . .

Pulsating with tension, Elevator Pitch is a riveting tale of psychological suspense that is all too plausible . . . and will chill readers to the bone.

Elevator Pitch is a slick page-turner by Linwood Barclay, and the tension ratchets up a further notch with every page. I know a couple of people who are terrified of lifts. Even when I step in one, there’s always a niggling, claustrophobic feeling in my mind as the door shuts and I hate the idea of being trapped. This book will make you think twice about using elevators again in the future. Perhaps you may choose to take the stairs, to be on the safe side.

Across the city of New York, high rise buildings are being targeted by a different kind of criminal. Whoever is behind these attacks is highly intelligent, and they are striking unassuming people as they go about their daily routine. But it becomes increasingly hard for the NYPD and the FBI to track this person down. They are using the cities elevators to carry out their crimes. But they can do so far away from the building and can remain undetected. The mayor of New York, Richard Headley, takes a personal interest in the case as does journalist, Barbara Matheson and their paths cross in more ways than one.

The opening chapter sets the bar high for Linwood Barclay, but he absolutely nails it. There was so much tension in those opening pages, and I just knew that something terrifying was going to happen. Although the characters only appeared in this very short scene, I feared for them, and I didn’t want anything terrible to happen.

The writing is so addictive, and I kept flicking those pages forward as I wanted to know who was behind the crimes and what their motive was. Was terrorism the reason behind the attacks, or was this something much more personal? Was there a reason why these people were being targeted?

There’s high tension and suspense right throughout this gripping read, and there is huge entertainment value here. I would love to see it on the big screen. It is a story that isn’t hard to follow at all, and it doesn’t get over complicated. Great stuff.

If you would like to purchase Elevator Pitch, you can do so by clicking on one of the following links below.