I’m delighted to be sharing my thoughts on Her Husband’s Secrets by Louise Mangos which was previously titled The Art of Deception. I’ve had this book on my TBR pile since July 2019 and I can’t believe it’s taken me this long to get round to reading it. 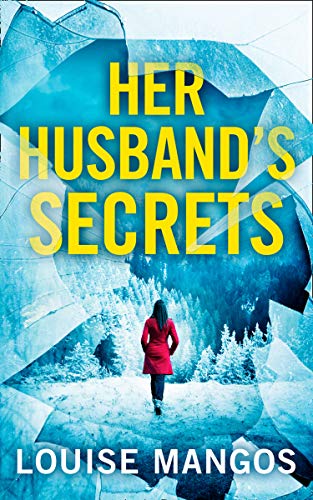 Art college dropout Lucie arrives in a Swiss ski resort looking for work – but instead finds love in the form of the handsome and charismatic Mathieu.

Matt seems like perfect husband material – especially when Lucie discovers he’s from a wealthy family. But Matt’s dark side soon emerges. Manipulative, controlling and abusive, he is anything but perfect and will tear the life she has built for herself and their six-year-old son JP apart.

Then, one fateful night, things come to a head in the most shocking way . . .

Wrongly accused of her husband’s murder and left fighting for her freedom in a foreign prison, Lucie is starting to lose her grip on reality. Now, she must summon all her strength to uncover the truth about Matt’s death and be reunited with her son – before it’s too late.

Her Husband’s Secrets is the second standalone book by Louise Mangos set once again in the beautiful rural landscape of Switzerland. Louise’s writing reels you in as we follow her main character, Lucie, who is currently serving a prison sentence for the murder of her husband. Lucie is in a desperate situation. Her son is now being brought up by her husband’s family. Lucie fears that they are turning her son against her and ultimately will try to take him away. Lucie will stop at nothing to make sure that this doesn’t happen.

This is a cleverly plotted novel, and to me, it felt really fresh. I liked the way how Louise Mangos makes you ask questions about what happened and if Lucie is guilty or innocent. I really felt for her as she tried to stay in contact with her son as much as possible. I wanted Lucie to be innocent, and I was rooting for her all the way through. I could see that her husband’s family were manipulating the situation, and I was fearful that they were going to disappear before Lucie had a chance to do anything about it.

You can feel that the odds are stacked against Lucie. She is an English woman in a foreign prison. Lucie can also barely grasp the language, so this will also have an impact against her. While in prison, she does make friends with a small group of women. I thought this gave Lucie some light relief and I was pleased that she did have someone who she could talk to.

As the plot progresses, we get to see the events leading up to when Lucie was arrested. We see the days when she first fell in love with her husband. When they first got together, I didn’t like him at all, and I didn’t like his family, particularly his mother, who I found to be very pushy. Even in this situation, it felt as though Lucie was on her own, an outsider. It seemed as though there were very few people who she could turn to for support.

I was not expecting the book to take the direction that it did. It made for a really refreshing take on this story, and it kept me turning the pages as I waited to see how Lucie was going to execute her plan. Louise Mangos pulls of a cleverly crafted plot with a really satisfactory ending.

Her Husband’s Secrets is a well-executed novel; you will be rooting for Lucie right the way through to get the justice that she deserves. An excellent read!

Her Husband’s Secrets is available to buy: