I’m delighted to be sharing my thoughts on The Whispering House by Elizabeth Brooks on my blog today. 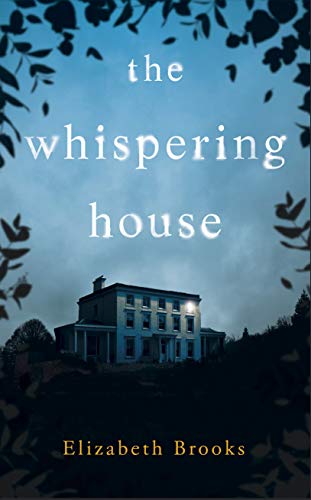 Freya Lyell is struggling to move on from her sister Stella’s suicide five years ago. Visiting the bewitching Byrne Hall, only a few miles from the scene of the tragedy, she discovers a portrait of Stella – a portrait she had no idea existed, in a house Stella never set foot in. Or so she thought.

Driven to find out more about her sister’s secrets, Freya is drawn into the world of Byrne Hall and its owners: charismatic artist Cory and his sinister, watchful mother. But as Freya’s relationship with Cory crosses the line into obsession, the darkness behind the locked doors of Byrne Hall threatens to spill out.

The Whispering House by Elizabeth Brooks was such a haunting and atmospheric read. It felt very different from what I’ve read before, and I was pulled very easily into the story.

In the opening chapter, the lead character, Freya, and her father, are at a wedding being held at Byrne Hall. It’s close to the location where Stella, Freya’s sister, committed suicide a few years earlier. Craving answers, Freya soon returns to Byrne Hall. But she is soon pulled in the same way her sister was years ago, and now her world is about to be turned upside down.

When Freya first arrived at Byrne Hall, I thought that this would be a good thing for her, although I felt I didn’t trust the people who lived there, Cory and his mother. Cory is a very mysterious character who Freya falls head over heels in love for. Soon she packs up everything she knows and decides to live at the house with him. As things started to move forward so quickly, I got the sense that something wasn’t quite right here. It felt as though Freya was being trapped, although she isn’t aware of this. I didn’t like the way how Cory kept things from Freya even though she was very open with him about her life.

I could picture the setting of Byrne Hall very clearly. I learned from the book that it is based on Agatha Christie’s house, which I then researched after reading it. The landscape surrounding the hall creates a very eerie atmosphere. As I was reading, to me, it seemed that the hall was cut off from everything else, especially as Freya seemed to become less reluctant to leave.

I also found Cory’s mother, Diana, to be very mysterious as well. You can see that there is something there between them which they are afraid to talk about. As Freya grew more attached to Cory, I kept thinking that she was putting herself in danger. Again, I felt that I didn’t trust Cory, and you can begin to see his controlling nature emerge as his relationship with Freya develops.

Elizabeth Brooks also shares details from the time when Freya’s sister, Stella, was living at the hall. As I was reading these passages, I couldn’t help but think that history was beginning to repeat itself. This is what drove the plot of the novel forward as details about Stella’s past and time at Byrne Hall begin to become clearer.

The Whispering House is a beautifully written gothic tale that draws you into the story from the first page. I wouldn’t describe it as fast-paced, but I loved how the writing drew me in and captured my attention. I’d definitely recommend it.

The Whispering House is available to buy: