On my blog today I’m sharing my thoughts on the new novel by Elly Griffiths, The Postscript Murders.

PS: thanks for the murders.

The death of a ninety-year-old woman with a heart condition should absolutely not be suspicious. DS Harbinder Kaur certainly sees nothing to concern her in carer Natalka’s account of Peggy Smith’s death.

And that Peggy Smith had been a ‘murder consultant’ who plotted deaths for authors, and knew more about murder than anyone has any right to…

Well then DS Harbinder Kaur thinks that maybe there is no such thing as an unsuspicious death after all.

The Postscript Murders is another engaging book by Elly Griffiths; it is also the second book to feature Detective Harbinder Kauer. This is definitely for you if you enjoy cosy crime and I can see why this has been compared to Agatha Christie.

What I really loved about this book is that it is set within the world of publishing. After the body of a ninety-year old-woman, Peggy is found; the police discover that she had several connections to well-known writers and publishers, especially crime writers. In a number of books she has received from authors and publishers, there are alarming, threatening notes; Peggy isn’t also the only person to have received them. I thought this gave the book a golden-age crime feel. I found myself smiling at a lot of parts, as the detectives found themselves immersed in the publishing world. There is also even a reference to bloggers who are attending a literary festival. I’ve been to a few literary festivals now, and I could picture these scenes very clearly in my mind.

What I think really makes this book are the characters. Elly Griffiths has created a diverse cast, and they make the book really intriguing. It’s what, to me, made this book feel really fresh and Elly does a brilliant job at bringing them to life and making them feel like real people. Peggy was a really fascinating character. I wanted to know why she was killed at the age she was now. It must’ve been something big in her past that had given someone a motive to do this. What’s certainly clear is that she has lived a very interesting life. She isn’t just your simple armchair detective, as I’m sure many readers will at first begin to believe.

I thought the plot was very cleverly thought out and as I was reading it seemed it could go in a few different directions, but I liked how Elly Griffiths pulled everything together. It seemed that someone was targeting a particular group of writers who Peggy was involved with, and I wanted to know who. What was it that they were covering up in their past that may be the key to the investigation? Elly Griffiths kept me turning the pages with exciting new information on; I was desperate to find out the truth.

The novel starts off feeling very cosy, but it gradually gets darker as more secrets about Peggy’s life are revealed. Elly Griffiths kept me wondering who the real Peggy was and what more secrets we were going to find out about her life. The Postscript Murders is hugely enjoyable, and it makes for a very fun read which will keep you guessing. I’m looking forward to seeing where Elly Griffiths will take this series and the characters next.

The Postscript Murders is available to buy:

Clare Cassidy is no stranger to tales of murder. As a literature teacher specialising in the Gothic writer R.M. Holland, she teaches a short course on them every year. Then Clare’s life and work collide tragically when one of her colleagues is found dead, a line from an R.M. Holland story by her body. The investigating police detective is convinced the writer’s works somehow hold the key to the case.

Not knowing who to trust, and afraid that the killer is someone she knows, Clare confides her darkest suspicions and fears about the case to her journal. Then one day she notices some other writing in the diary. Writing that isn’t hers…

Elly Griffiths is back with a new stand-alone novel, The Stranger Diaries. I love Elly Griffiths’ writing. I’ve recently read the first two novels in her Dr Ruth Galloway series, and with all three books I have read, I have found them utterly engaging from the start. If you haven’t read any of Elly’s previous work before, this is the perfect time to start.

Her latest book had me hooked from the first page and immediately she sets the tone for what is a dark and an absorbing tale. We meet Clare Cassidy, who is a teacher at a secondary school, and who also teaches creative writing in her spare time. The school that Clare is teaching at is a Victorian mansion, once owned by RM Holland, whom Clare is currently researching and planning to write a book about. But at the beginning of the book, one of her fellow teachers, Ella, is found murdered, and she won’t be the first to die. But what is more disturbing to Clare is the haunting link the current murders have to events that took place in the time of the man she is researching.

Clare was an intriguing character from the start. The woman who has been found dead was a good friend of hers at the school and Clare becomes anxious and is determined to find out who has done this, especially when more deaths begin to occur.

There are lots of reasons which make this book compelling; the strange writing that starts appearing in Clare’s diaries, these added some really chilling moments, her research into the old owner of the house, and the characters around Clare. There were very few people in Clare’s life who I thought I could trust. This is what made this book particularly enjoyable as I tried to work out if any of them were responsible for the murders and why.

I really enjoyed reading Elly’s latest book. I hope that she will feature Detective Harbinder again as she is also a character who I really engaged with and I would really like to see her progress further. The Stranger Diaries is addictive, a thoroughly enjoyable Gothic tale. Definitely recommended. 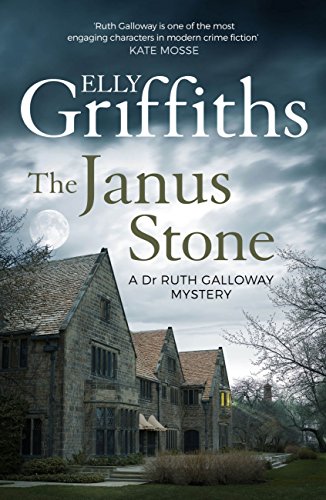