I’m delighted to be sharing a guest post by Lin Anderson today, about a day in her life as a writer, as part of the blog tour to celebrate the release of her latest book, Time for the Dead. With thanks to Humfrey from Laura Sherlock Publicity for inviting me to take part. 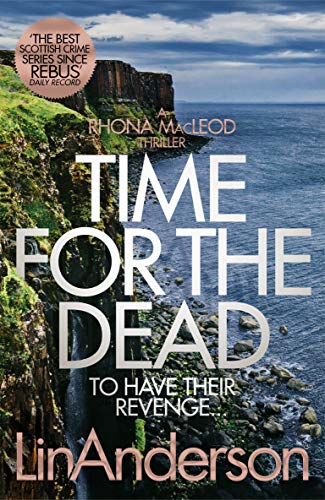 Time for the Dead is a gripping crime novel by Lin Anderson and sees forensic scientist Rhona MacLeod discover that a terrifying war is unfolding on Scotland’s Isle of Skye.

When forensic scientist Rhona MacLeod returns to her roots on Scotland’s Isle of Skye, a chance encounter in the woods behind a nearby activities centre leads her to what seems to be a crime scene, but without a victim. Could this be linked to a group of army medics, who visited the centre while on leave from Afghanistan and can no longer be located on the island?

Two days later a body is found at the base of the famous cliff known as Kilt Rock, face and identity obliterated by the fall, which leads Rhona to suspect the missing medics may be on the island for reasons other than relaxation. Furthermore, elements of the case suggests a link with an ongoing operation in Glasgow, which draws DS Michael McNab into the investigation.

As the island’s unforgiving conditions close in, Rhona must find out what really happened to the group in Afghanistan, as the consequences may be being played out in brutal killings on Skye . . .

One of the things I love about being a writer is that no two days are the same. When I was a Computing Science teacher my day was very structured. Certainly, different classes provided different experiences, but essentially the days were very similar.

As a writer, I’m never quite sure what the day will bring, and I like that very much. It all depends where you are with your latest book, or your last book, or the other writing projects you have on the go.

My latest outing for forensic scientist Dr Rhona MacLeod, Time for the Dead, is about to hit the shelves. So August is a super busy month, with lots of trips and events and signings, including at the Edinburgh International Book Festival.

Number 14 in the Rhona series is set on the Isle of Skye and stars a well known and real Skye resident, border collie, Blaze, who has a worldwide twitter following. He becomes Rhona’s forensic assistant in Time for the Dead. So the last couple of days have involved a visit to Skye, a wild swim in a loch with Blaze, plus confirming the launch of the book in Portree Library on the 8th August.

If I’m not travelling to events, then the plan is to spend part of the day working on the next book. I’m around a third of the way through the new one, and my way of working is always to edit what has been written the day before prior to continuing the story.

I never know exactly what will happen next, and don’t do extensive planning. I see Rhona’s investigation as propelling the story, as it would in real life. I start of with a strong visual image which I am compelled to write about, then move on from there.

The idea for Time for the Dead came to me after I visited A.C.E. Target Sports on Skye with Blaze and successfully threw an axe (for the first time) and hit the target spot on. After which Blaze took me a walk up into the birch wood behind the centre, and during that walk I imagined the opening of the book in my head.

I do try to write each day, but  a walk in the nearby woods in my home village of Carrbridge, or a swim in the River Dulnain allows time to think and both often provide me with new ideas for the current book, or a solution to a problem I was having trouble with.

In any given day I might also be working on other projects. I have another crime series set in Cannes in the south of France starring PI Patrick de Courvoisier. I have just completed a first draft of a children’s book, Blaze Dog Detective, and am about to launch a rock musical for which I wrote the Libretto, with John Sinclair (keyboard player with Ozzy Osbourne for 17 years) writing the music. Voice of a Generation is about to hit social media.

One thing is certain, being a writer is never dull.

If you would like to purchase Time for the Dead, you can do so by clicking on one of the following links below.

I’m absolutely delighted to be sharing my thoughts on Fiona Cummins brilliant new crime novel The Neighbour on my blog today. 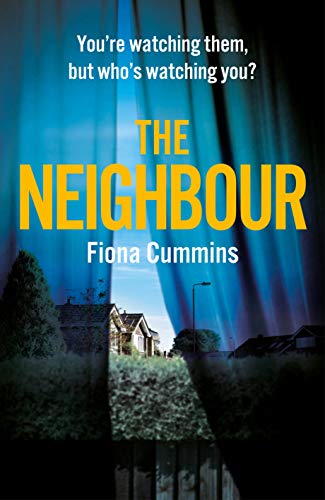 And, it seems, the perfect hunting ground for a serial killer.

On a hot July day, Garrick and Olivia Lockwood and their two children move into 25 The Avenue looking for a fresh start. They arrive in the midst of a media frenzy: they’d heard about the local murders in the press, but Garrick was certain the killer would be caught and it would all be over in no time. Besides, they’d got the house at a steal and he was convinced he could flip it for a fortune.

The neighbours seemed to be the very picture of community spirit. But everyone has secrets, and the residents in The Avenue are no exception.

After six months on the case with no real leads, the most recent murder has turned DC Wildeve Stanton’s life upside down, and now she has her own motive for hunting down the killer – quickly.

I absolutely loved this one. Having been a fan of Fiona Cummins’ first two novels, I was more than intrigued to see what she would write next, and the answer is The Neighbour which is a crime novel of pure brilliance. Fiona’s writing makes her books exactly the type of read you could race through in one sitting. Genuinely chilling and with short, snappy chapters that will have you itching to read the next, this is top-rate crime fiction.

Fiona develops her characters so, so well. We have the Lockwood’s who have just moved into The Avenue and the creepy neighbours who will have you examining and thinking about each and every one of them. I had so many suspicions about all of them, and I loved how Fiona led me down several different paths and how she then thwarted my thoughts at the end as the final truths were revealed, and this was done so very brilliantly.

There is such a creepy premise to this book that will have you looking at your own neighbours with suspicion, perhaps, depending on how well you get on with them I suppose and how well you know them. We hear from the killer’s thoughts throughout the book, and there were some lines in these scenes that did give me chills. The characters will also have you thinking just what lengths will you go to protect your loved ones, especially from the secrets you hide. You will see what I mean when I say that this is a genuinely chilling read.

The Neighbour is a novel I did not want to put down. The only problem I have now is that I have to wait a while for Fiona’s next book. This is very much a character-driven crime novel, and they will all stay in your mind for a while after you read it. This definitely comes highly recommended from me.

If you would like to purchase The Neighbour you can do so by clicking on one of the following links below.