The boy’s body was so white it was almost transparent. But that’s not what caused the nausea to rise up her throat. He was so young. His body was unmarked, surrounded by a halo of plucked wildflowers.

One hot summer evening, eleven-year-old Mikey Driscoll is on the way home from playing with friends. Two days later, his body is discovered on a bed of wildflowers by some local teenagers.

The case is assigned to Detective Lottie Parker and this time it’s personal. The victim was a close friend of her son, Sean, from the run-down Munbally estate on the other side of town. Sean tells his mother Mikey was behaving normally before he died, but Lottie can’t help but feel that her son is keeping something from her…

Then days later, another boy is found dead, surrounded by wild flowers next to beautiful Ladystown Lake.

On the hunt for a twisted individual with a terrifying calling card, Lottie must uncover the web of secrets within Mikey’s circle of friends. Someone is hiding something but who are they protecting and can Lottie find out before it’s too late? Lottie is desperate to catch the killer before he strikes again because this time her own child could be in terrible danger…

Patricia Gibney’s Detective Lottie Parker series is one of my favourites, so I was so excited to read the latest book in this series which is going from strength to strength. This book is also perhaps the most gripping, and perhaps the darkest, of all her novels.

In Tell Nobody the town of Ragmullin is gripped by fear once again, as a killer is loose on the streets, leaving very few clues for the police to follow, and the police know that they are running out of time before the killer will strike again. The cases are very harrowing in this book. And once more the case that Lottie is investigating drifts a little too close to home for her liking, as her son Sean is involved and becomes a key witness to the crimes that have taken place.

There are several intriguing strands to this novel. At the start, a young woman presents herself at the police station and makes a startling declaration that she killed someone, before collapsing. But who did she kill? A short while later a baby’s body, the baby just a few hours old, is discovered in a pond a short distance away.

The opening chapter immediately got me thinking as I wanted to know who it was the young woman had killed and if her statement has anything to do with the discovery that is later made. But events soon take an even more disturbing turn when the body of a young boy, left in plain sight for someone to easily discover, is found, and Lottie and her team soon fear that they are looking at the work of a potential serial killer. Lottie is under a lot of pressure from her boss in this book to get answers quickly.

There is certainly an edgier feel to the plot of this book, and there is a more ominous tone. Even Lottie and her team don’t appear to be getting on as well as they have in previous books. Boyd is very sharp and to the point, and Lynch begins to accuse Lottie of having an affair with her husband. This creates a very frosty atmosphere at the station, it did leave me wondering if they were going to solve the murders as they weren’t working as well as they previously have together.

Even though this is the fifth book in this series, Lottie is still a fascinating character who continues to intrigue me. We’re always learning more about her troubled past which we have only recently begun to see the full picture of.  Patricia is always throwing obstacles in her path which threaten to unbalance her life even further. She is still under a lot of stress in her home life as well as at work; Patricia really doesn’t make things easy for her.

Tell Nobody is another fantastic addition to this series. It is in my opinion, Patricia Gibney’s best book to date. The final chapters of this book really do ratchet up the tension making for a brilliant and captivating finale. You will not be able to put this book down! If you’re not yet following this series, you really need to be. 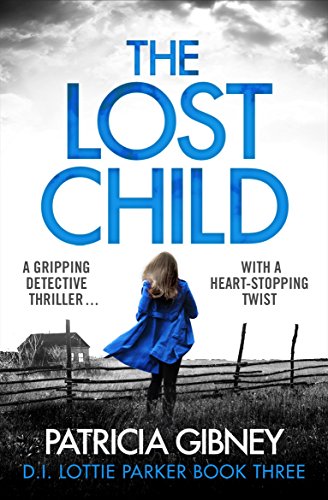