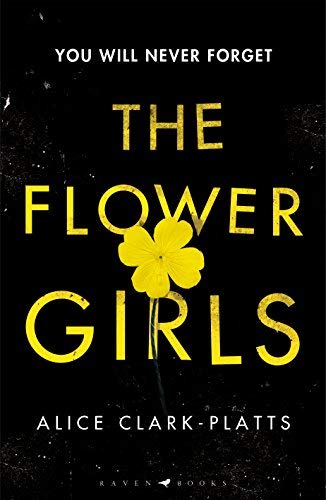 The Flower Girls. Laurel and Primrose.

One convicted of murder, the other given a new identity.

I loved reading The Flower Girls, it is the first time I’ve read a book by Alice Clark-Platts. It is a dark, twisted story full of lies and deceit. I could never be sure who to trust and I was on tenterhooks until the final revelations were made clear at the end. It’s totally addictive and absorbing. Its ending really did give me chills, and I don’t think I’ll be forgetting about it for a while.

A storm is closing in, at a hotel in Devon, a child, Georgie, goes missing and a rising sense of panic ensues with everyone fearing that the young girl will die outside in the storm, and it is a race against the clock to find her. But what happened in the lead up to her disappearance? Who was the last person to see her? We are then introduced to two sisters, Laurel and Primrose, known to the press and the world as The Flower Girls, for the horrific crime they were both involved in when Primrose was just six, and Laurel just a few years older. Georgie’s disappearance throws them back into the spotlight again, nineteen years after their crime, and there is a lot of anger as Laurel is fighting to be released from prison as a reformed citizen, and there are people furiously campaigning to stop this from happening. But will the truth of what happened that day all those years ago finally be revealed? Does Laurel deserve to be let back out into society?

This was a very easy book to get into, and I just wanted to keep reading to find out the answers as to what happened that day nineteen years earlier. I think the public become all the more fascinated by a case where young children have been involved in a crime. We really want answers as to what prompted them to commit something so horrific, are people born evil? Or is it the fault of their parents that they committed this heinous act?

The case that is at the heart of The Flower Girls is a very disturbing one, and it was uncomfortable to read about at times. I never could be sure I was being told quite the whole picture of what happened as I was reading and this is what kept me reading on, and Alice played this very well. There are several surprising revelations that took this book in a whole new direction. The plot was unpredictable, and I could never be sure how it was going to unfold. I had several theories running around inside my head as I was reading and Alice proved me wrong on all of them.

We have two very intriguing characters in this book in Laurel and Primrose, both who are hiding dark secrets about what really went on in their past. This is what made this book such a compelling read and there is plenty of misdirection, I could never make up my mind about either of them. As Laurel’s hearing draws closer, this brings the two sisters together again, years after they last saw each other, and it makes for some intense reading as I waited to see how they would both react to seeing each other again after all this time apart.

The Flower Girls is the author’s first stand-alone and it is an exciting, dark and an intense crime thriller. It’s very clever and it has made me excited to read more of Alice’s work. I would definitely recommend it if you love a mix of a police procedural and a psychological thriller. Top stuff!